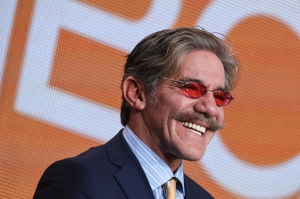 FILE – In this Jan. 16, 2015, file photo, Geraldo Rivera participates in “The Celebrity Apprentice” panel at the NBC 2015 Winter TCA in Pasadena, Calif. Rivera apologized on Nov. 29, 2017, for calling the news business “flirty” in the wake of “Today” show host Matt Lauer’s firing by NBC over sexual misconduct allegations. (Photo by Richard Shotwell/Invision/AP, File)

NEW YORK (AP) — The Latest on NBC’s firing of longtime “Today” host Matt Lauer: (all times local):
10:15 a.m.
Geraldo Rivera is apologizing for calling the news business “flirty” in the wake of “Today” show host Matt Lauer’s firing by NBC over sexual misconduct allegations.
The Fox News reporter tweeted Wednesday that the sexual harassment issue is “so red hot right now there is no room for any thought or opinion but hang em high.” He added: “If News wasn’t (formerly) a flirty biz then how do we explain so many newsroom courtships that have led to happy marriages?”
Rivera also suggested there was a “slight chance” that those making allegations were motivated by big money settlements.
Responding to his statements, Fox News Channel issued a statement saying, “Geraldo’s tweets do not reflect the views of Fox News or its management. We were troubled by his comments and are addressing them with him.”
Rivera apologized hours later, saying he “didn’t sufficiently explain that this is a horrendous problem long hidden” and “harassers are deviants who deserve what is coming to them.”
___
8:30 a.m.
One of the journalists who had been investigating “Today” show host Matt Lauer before NBC announced his firing over sexual misconduct allegations says accounts from more women are being vetted.
Ramin Setoodeh of Variety spoke on ABC’s “Good Morning America” along with his colleague, Elizabeth Wagmeister.
Hours after Lauer’s firing Wednesday, the trade publication posted what it said was a two-month investigation that included dozens of interviews with current and former staffers who asked to remain anonymous.
Setoodeh said Thursday the journalists have been “in contact with more women” and are “in the process of vetting their stories.”
___
7:20 a.m.
Matt Lauer says he is “truly sorry” to anyone he is hurt by his words and actions in his first public comments since being fired by NBC amid sexual misconduct allegations.
Lauer’s former “Today” show co-host Savannah Guthrie read a statement from Lauer at the top of Thursday’s show, a day he was fired by NBC for “inappropriate sexual behavior.” Published reports accuse Lauer of crude and habitual misconduct with other women around the office.
Lauer says in the statement: “Some of what is being said about me is untrue or mischaracterized. But there is enough truth in these stories to make me feel embarrassed or ashamed.
He says “repairing the damage will take a lot of time and soul searching” and says he’s “committed to beginning that effort.”
___
12:05 a.m.
Fired “Today” host Matt Lauer is the biggest media figure brought down by sexual misconduct allegations since Bill O’Reilly and Roger Ailes were ousted from Fox News Channel.
Lauer’s exit comes amid a wave of accusations sweeping through the media, Hollywood and politics.
He has long been a valuable and highly visible part of NBC News and one of the highest-paid figures in the industry.
Lauer was fired Wednesday for what NBC called “inappropriate sexual behavior” with a colleague.
The announcement was quickly followed by a published report accusing him of crude and habitual misconduct with other women around the office.