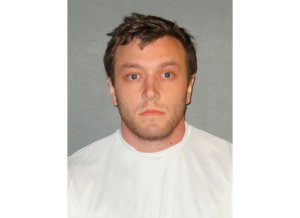 BATON ROUGE, La. (AP) — A 23-year-old white man whom police call a “person of interest” in the fatal shootings of two black men in Baton Rouge has been released from jail after his arrest on drug charges.

Baton Rouge Police Sgt. Don Coppola, a department spokesman, said Monday that Kenneth Gleason “has not been cleared” and remains a “person of interest” in the investigation of the killings. A homicide detective’s report described Gleason as a “suspect” in the shootings.

Another department spokesman said Sunday there was a “strong possibility” that the shootings were racially motivated. On Monday, interim police chief Jonny Dunnam said in a text message that investigators “still don’t know for sure what the possible motive is.”

Gleason was released from jail on $3,500 bond late Sunday night.