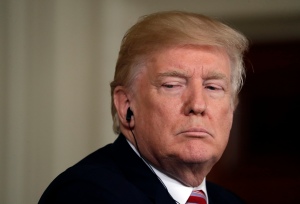 WASHINGTON (AP) — The Latest on President Donald Trump and Congress (all times local):

President Donald Trump is urging Republicans in Congress to start work immediately on a tax overhaul.

On Twitter Friday, Trump tweeted: “Republicans must start the Tax Reform/Tax Cut legislation ASAP.” He added: “Don’t wait until the end of September. Needed now more than ever. Hurry!”

Trump has been promoting his plans to overhaul the tax system, though so far he has provided few details, outlining only broad priorities. There is not yet any bill in Congress; under the legislative process, lawmakers must complete a budget first in order to come up with their Republican-only approach on taxes.

Trump’s request to Republicans comes after he cut a deal with Democrats on debt ceiling legislation and moments after he criticized GOP lawmakers in a series of tweets that seemed to defend his actions.

President Donald Trump is criticizing Republican lawmakers amid a rapprochement with Democrats.

Trump complained about the filibuster rule requiring 60 votes to pass major legislation. He tweeted that the rule will “never allow the Republicans to pass even great legislation. 8 Dems control – will rarely get 60 (vs. 51) votes. It is a Republican Death Wish!”

The comment ignores the fact that Senate Republicans trying to pass the health care bill were working under rules that required a simple majority, not 60 votes.

This week, Trump overruled Republican leaders to cut a deal with Democrats on the debt ceiling.