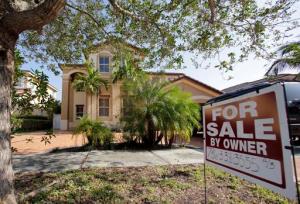 The Commerce Department says new home sales rose 3.7 percent to a seasonally-adjusted 555,000 units. That is 5.5 percent higher than a year ago.

Solid job gains and some signs of rising wages have driven up consumer confidence, which has also risen since the presidential election. More confident consumers are more likely to buy homes. Sales of existing homes jumped to their highest level in a decade, according to data released earlier this week.

The rebound has occurred despite, or perhaps because of, a jump in mortgage rates since the fall. Many buyers could be accelerating purchases to get ahead of any further rate increases.
Copyright 2017 The Associated Press. All rights reserved. This material may not be published, broadcast, rewritten or redistributed.