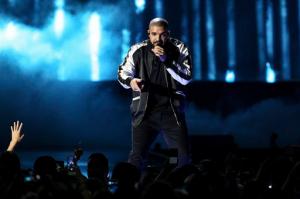 NEW YORK (AP) — Drake earned a record-breaking 13 American Music Awards nominations on Monday thanks to his latest album, “Views,” shattering Michael’s Jackson’s mark of 11 nominations in a single year from 1984 when the King of Pop had “Thriller.”

Rihanna got seven nominations and Adele and Justin Bieber tied with five each. Beyonce and The Chainsmokers each received four nominations. Bryson Tiller, Twenty One Pilots, Carrie Underwood, Fetty Wap and The Weeknd earned three nominations each.

Nominees for artist of the year are Adele, Beyonce, Bieber, Drake, Selena Gomez, Ariana Grande, Rihanna, Twenty One Pilots, Carrie Underwood and The Weeknd. The 10 nominees will be cut in half by Nov. 14 based on fan votes. Voting on artist of the year will close Nov. 17.

Nominees for the title of new artist of the year are Alessia Cara, The Chainsmokers, DNCE, Shawn Mendes and Zayn. There is no overall song of the year category this year; instead honors will be handed out for best song in the categories of pop/rock, country, rap/hip-hop and soul/R&B.

Nominations are based on a metric that includes sales, airplay and social activity tracked by Billboard magazine and its partners. Winners are determined by fan votes on the show’s website or through Facebook and Twitter.

The awards show will air live Nov. 20 from the Microsoft Theater in Los Angeles on ABC.

This story has been updated to correct the spelling of Ariana Grande’s first name.
Copyright 2016 The Associated Press. All rights reserved. This material may not be published, broadcast, rewritten or redistributed.