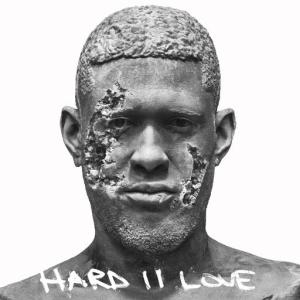 This image released by RCA shows “Hard II Love,” a release by Usher. (RCA via AP)

If music stops panning out for him, Usher has bright prospects in fortune telling; by naming his eighth studio album “Hard II Love,” he knew exactly what the future held. Or he recognized the slight masochism of a passion project that disregarded the need for commercial viability.

In the digital age, launching a record with fifteen, yes FIFTEEN, tracks is overkill. But launching a 15-track record with mostly lackluster songs? That’s downright wrong.

“Harder II Love” feels like a low energy experimental project with mash-up genres that meet in a vacuum and bump against each other. Gone are the dynamic days of the head-bopping, body-rolling Usher song. This album just wants your phone number but only tries really greasy lines to get it.

The album shines when it goes noir R&B, a niche Usher should perhaps focus on.

Some of the better moments include first single “No Limit,” which has an urban bass electro beat that bumps and grinds, and the catchy “Bump,” with its drowsy beat. “Downtime” showcases Usher’s voice in a rhythmic piano vortex and “Make U A Believer” is a dramatic, scratchy track that gets the job done. “Rivals,” featuring Future, brings in a nice, luminous dancehall EDM feel, and “Tell Me” is an inexplicable but cool eight-minute mash of romantic beats.

On the other hand, singles “Crash” and “Missing U” fade into instant obscurity alongside the other half of the album.

Maybe nine time’s the charm.
Copyright 2016 The Associated Press. All rights reserved. This material may not be published, broadcast, rewritten or redistributed.