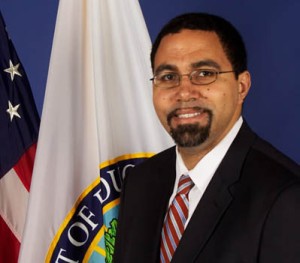 John King, the Acting Secretary of Education, spoke with the Spartan Echo on Feb. 19, 2016.

The White House and the U.S. Department of Education have launched two new initiatives through the My Brother’s Keeper foundation to combat student chronic absenteeism. The My Brother’s Keeper Mentors initiative, along with 10 participating communities and the Ad Council, have partnered with a multi-million dollar campaign to raise awareness and to engage parents and communities on the issue.

The new initiatives are a part of the Every Student Every Day campaign, which is a direct response to President Obama’s My Brother’s Keeper taskforce that address opportunity gaps that are faced by boys and teens of color. Every Student, Every Day Campaign is focused on the estimated 5 to 7.5 million students who are chronically absent each year. My Brother’s Keeper (MBK) was created in 2014 as a partnership between the White House, the Department of Education and other senior leadership organizations and partners to address the disparity young black boys and teens face in areas of education and social justice.

The first of the two new initiatives addressing absenteeism is a groundbreaking mentorship program. The MBK Success Mentors Initiative aims to reduce chronic absenteeism by connecting over one million students with caring mentors. It is the nation’s first-ever effort to scale an evidence-based, data-driven mentor model to reach and support the highest risk students – using existing resources already linked to schools, and the metric of chronic absenteeism to drive school and life success.  The Initiative is a partnership between the Department of Education and Johns Hopkins University.

“MBK has been a tremendous help for the City of Boston. Two thirds of males 19 and under in the city are Black or Latino and they face many challenges,” Mayor Marty Walsh of the City of Boston, Massachusetts told the Spartan Echo in a press call.

The Mayor, as well as senior Boston officials, will work with Boston Public Schools to assure that students who miss more than 10% of school will be paired with mentors. The City of Boston has partnered with Big Brother Big Sister, Boston’s Mass Mentor’s program and other organizations and the city is half way to reaching their goal of having 1,000 new mentors for the MBK initiative for the city.

“We’re going to make sure MBK stays strong in Boston. This is a lasting part of the historic legacy of President Obama,” Mayor Walsh said.

The second initiative is a multi-million dollar campaign by the Ad Council that will launch parent engagement to elevate the conversation about the devastating impact of chronic absenteeism, specifically targeting parents of K-8th grade students.

“We need positive outcomes for boys and teens of color. Absenteeism is an epidemic in this country,” John King, the Acting Secretary of Education, told the Spartan Echo.

Many causes of absenteeism include poverty. Research from Dr. Robert Balfanz of Johns Hopkins University’s Everyone Graduates Center, MENTOR, Attendance Works, United Way, Corporation for National and Community Service, the Ad Council, Mott Foundation and the Arnold Foundation, will provide critical assistance in identifying mentors, as well as strategic advice, training, and philanthropic support to help alleviate the issue of absenteeism.